According to the EU cookie law, you must accept the use all the features of our websites.
I Accept More Information ILHWA discovered that the unique ginsenosides (the vital and most important substances in ginseng) are not getting digested until they reach the colon. As a consequence, only a small amount of ginseng is absorbed and not all people take advantage of the benefits of ginseng. As the world leader in ginseng science, ILHWA was determined to find a solution to this problem of absorption.

After years of scientific research, ILHWA has developed the world’s most efficacious and balancing ginseng extract: GINST15. It is produced using a patented breakthrough technology (read more: ILHWA Method):

- ILHWA processes the whole unpeeled carrot with the rootlets

But most importantly, ILHWA uses a patented breakthrough technology that leverages enzyme fermentation to produce a completely balanced ginseng extract: GINST15. When GINSt15 extract is taken, ginsenosides are absorbed 15x better in the blood and 4x faster than regular ginseng. For example, regular ginseng extract takes 12 hours to get maximum absorption, while GINST15 extract will get maximum absorption in 3 to 4 hours! 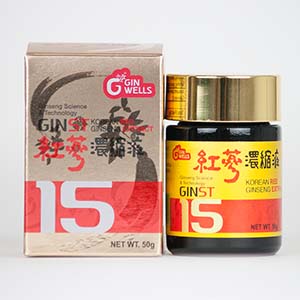 GINST15 is specially formulated to support:

The GINST15 Objective: Absorption in the body

Many people do not fully absorb ginseng. 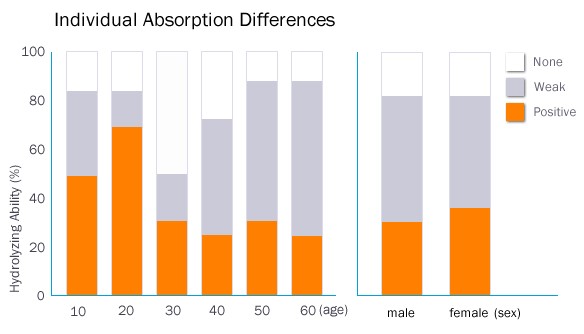 With standard ginseng extract each individual possesses different capability in metabolizing ginsenosides. Absorption is inconsistent, and there is a wide range of average times in reaching the maximum plasma concentration.

In addition, only a small amount of ginseng extract is absorbed. When GINST15 extract is taken, absorption is approximately 4 times more consistent. 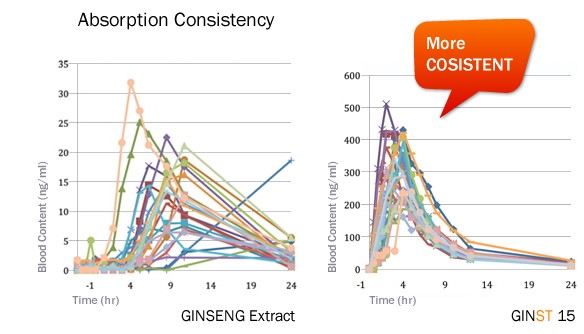 GINST15 has a broad affect on health and well being. It is virtually not contra indicative.

It harmonizes and augments a broad range of protocols and supplements. So the applications for GINST15 are remarkably diverse as a stand alone supplement and as part of a formulation.

As the world leader in ginseng science, Ilhwa was determined to find a solution to this problem of absorption, and in 1999 they secured 2 patents for creating ginseng extract metabolites via human bacteria. They continued their diligent work in the next decade developing a high yield enzyme fermentation process with their famous ginseng extract creating 2 more patents in 2009 and 2010. 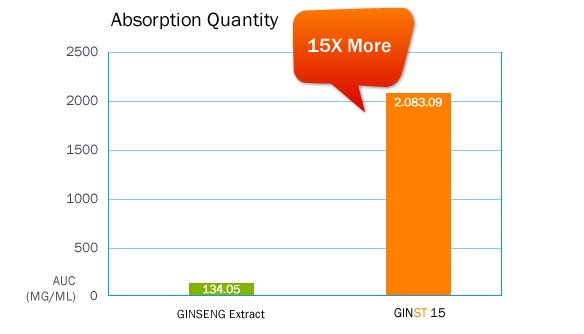 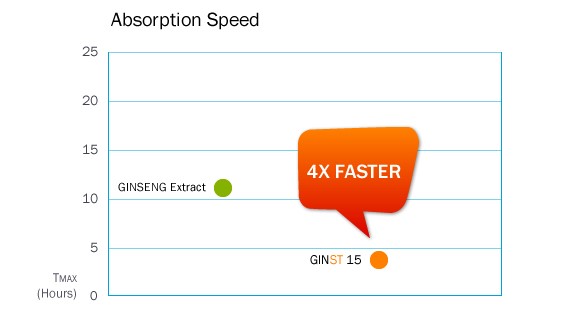 When GINST15 extract is taken, a far larger amount is absorbed in the blood compared to standard ginseng extract. (15 times more AUC)

Many studies have been done on GINST15 which is shown in research via its metabolite marker IH901 and Compound K. One of the areas where Ilhwa has created numerous studies is energy creation, blood glucose and blood lipid management.

Il Hwa’s research is so substantial that they received a KFDA certification for a functional health claim for blood glucose management. 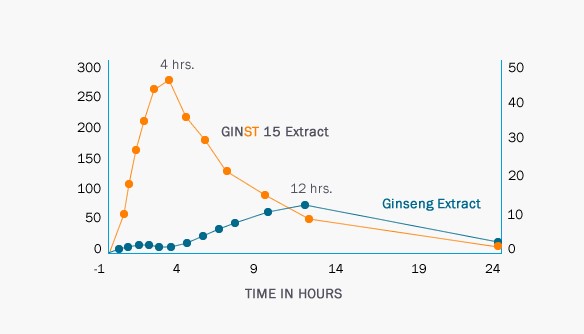 (Please Note: the scale of 0-50 ng/ml for Ginseng Extract and 0-300ng/ml for GINST15. A different scale for each had to be used so that a comparison can be see).